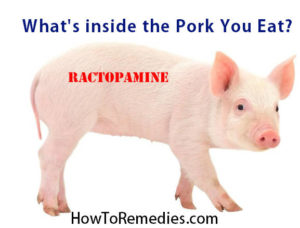 If you knew how your food is produced, then surely you would make different food choices. Dr. Oz discusses a food issue that would help you make good choices. Some farmers in America are raising pigs using a drug that is banned in many countries. In this episode, you will know exactly what you need to know to shop for the right pork. Dr. Oz invited Core Expert, Mark Schatzker, to explain how the feed additive that farmers use affects pigs, and consequently the pork we eat. Schatzker is also a journalist and author of the book, “The Dorito Effect”.

How Ractopamine (feed additive) affects pigs and the pork we eat!

Ractopamine is the additive that farmers use in raising their pigs. This causes the pigs to grow bigger and develop more meat, and not fat. If meat has no fat in it, it is going to be tough. During meat processing, they will inject water and flavors in the meat to give it moist and taste. On the other hand, pigs that are raised without Ractopamine, that is those that are raised the old-fashioned way, are smaller and have more fat. If the consumers would know what is done to their pork, it is certainly frustrating that they think they are paying for something because of its supposed value, but are actually paying a lot of money for water.

Dr. Oz explains that there are health issues for Ractopamine especially for pigs. And, we should know about this because it is actually a similar drug that is used in humans, and this chemical is beta-antagonist. It puts weight on you. In the same manner, pigs get bigger faster with this drug, and they have increased muscle-gain especially at the end of their lives. This is similar to performance enhancing drugs that are used by bodybuilders. These drugs are illegal for use in competitive sports for the reason that they put muscle in athletes.

Pigs with Ractopamine grow 10 percent faster and so, farmers gain 3 to 5 dollars more per pig. This means that the more the meat, the more the money. Pigs have very rapid metabolism for this drug which means that they grow very quickly. Consumers should not see very much of this type of meat on the shelves when shopping for pork.

On the contrary, while Ractopamine is widely used among American farmers, many countries around the world have banned its use. Ractopamine is banned in all of Europe, Russia and China. Consider the example of China. They tested American pork and they found Ractopamine residue in the meat. China has zero tolerance policy for this drug, and so they do not want the American pork. Last year, pork exports to China went down by 20 percent. That is worth more than a hundred million dollars. So what does this say about the value of 3 dollars to 5 dollars for a whole pig? Suddenly, it is not so valuable anymore.

Dr. Oz reached out to the National Pork Producers Council to get their perspective about the new pork label. Their comment was, “……There is no scientific evidence suggesting that Ractopamine poses a health concern, which is why FDA and the International Food-Safety Standard-Setting body…have approved it..” For the full statement from ELANCO, the makers of Ractopamine, click here

Schatzker reveals that as it is, “there is no industry-wide label right now, but there is just one organic-producer who got his label approved. So, we are moving towards having this ‘no-Ractopamine’ label. Consumers are more concerned than ever about what’s in their food…if they start hearing about Ractopamine, a well-kept secret, they will not like the sound of a drug that is fed to pigs that is cruel to them, that makes the meat taste worst, and that could be getting in their own bodies. So, I think this is the beginning of the end for Ractopamine.”

Dr. Oz adds, “we don’t know about the effects of Ractopamine for sure in humans, but I don’t want any unknowns into our food. So it’s important to know the labels and it’s important to make a choice for yourself…”

In this segment, Mark Schatzker explains all of the words on a bacon package’s food label.

In addition to these, Dr. Oz explains the ingredients to look for when buying bacon. The rules for buying bacon are:

Look out for the pork label on meat packages. Make a wise choice based on these labels. Do not just think of saving money when buying meat. It is more important to save your health in the long run. Discover more surprising truth about food and flavor in The Dorito Effect