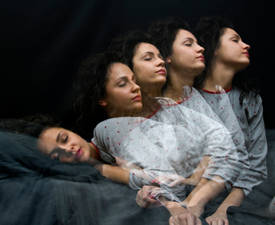 We’ve heard the mantra from doctors for years. Americans don’t get enough sleep! That’s what they’ve been telling us, and along with that complaint come the dire warnings about all the things that can go wrong with our bodies because of it.

It was something of a surprise then, to hear that for a growing percentage of Americans, the exact opposite problem is true. For nearly a third of us, the problem isn’t a lack of sleep, but an overabundance of it. As it turns out, the over-sleepers aren’t any better off, health wise.

The condition is somewhat playfully called “Sleep Drunk,” but its impacts are anything but funny.

What is “Sleep Drunk”?

Dr. Oz reveals a surprising fact that too much sleep can cause fatigue, obesity, heart disease and diabetes. The condition is called sleep drunk and it is caused by a break in your body’s natural sleep cycle. To better understand what it is, first, let’s take a look at your sleep cycle.

Your sleep cycle consists of three phases: Light, Deep, and REM. Light sleep occurs during that first half hour or so when you start to drift off. Heavy sleep is the next half hour, and REM (dream) sleep is the final half hour.

How Much Sleep is Too Much?

Dr. Oz said that the recommended sleep hours are 7-9 hours a night. Over the long term, people who consistently get too much sleep (more than the 7-9 hours a night recommended), you’re more likely to develop conditions like heart disease and diabetes, and you’re a staggering 50% more likely to be obese. These are all serious, life threatening conditions that can not only impact your quality of life, but can shorten its duration.

Doctors have said that sleep is every bit as important to your body’s well being as diet and regular exercise, so if you’re suffering from chronic oversleeping, consult a doctor online. It is likely an indication that something is medically wrong.